India is changing for a better tomorrow and the new India has lots of opportunities for new talents in every sector. The Atmanirbhar Bharat challenge initiated by the Prime Minister of India, Narendra Modi is going very well as various initiatives are being taken in different sectors focusing on promoting the Indian talent.

One such initiative is taken by a legendary actor of Bollywood, Suneil Shetty. The actor has served our Bollywood film industry for three decades and now he has been working to create an application that will generate job opportunities for people in the media and entertainment industry.

The Bollywood industry is definitely called the land of dreams but a harsh reality also exists where people live entire life hopelessly waiting for an opportunity. To make sure that everyone gets an equal chance, Suniel Shetty has launched an application called FTC talent.

The application by the Bollywood actor is going to prove a lifesaver for people in the entertainment in the media industry that will not only help them to get trained and aggregate but will also give them more exposure with producers looking for talents.

The application, FTC talent actually managed to be one of the winners of the challenge of Prime Minister Narendra Modi called the Aatmanirbhar Bharat app innovation challenge.

The actor, Suniel Shetty in an interview, said, “It was our way of giving back to the industry and to ensure jobs are created even during the pandemic. People can record and send in their videos on the app, make multiple attempts, and send in the final file. We work on getting them the right access.”

It is basically a one-stop destination for all the people in the media and entertainment Industry whether they are looking for a job or looking for a candidate. Casting teams and professionals can also post about their projects and jobs and select candidates on the basis of audition rounds.

The application stands as a great concept in the digital world right now with everything going online. Apart from this, FTC talent is also going to eliminate the in-between touts who exploit the talent.

Surprisingly, this great idea struggled initially to get people on board with their concept and get them to accept the idea of online casting.  but gradually people started showing their interest and now the application is 300 thousand strong in different parts of the world.

“Fortunately, word spread and thanks to social media and fan goodwill, we grew fast in the US, Canada, UK, Europe, Middle East, Africa’s, Australia, New Zealand, and even Fiji. Our family is at 300,000+ strong and growing,” says Priya, who is the CFO of FTC Talent.

The idea for the foundation of FTC Talent was first inaugurated in 2016 and the company progressed slowly. Today, the idea is growing well and making a lot of progress gradually.

“Scaling is organic and exponential. And now that our app has won the AatmanirbharBharat App Innovation Challenge and got a pat on the back from the Hon. Prime Minister himself, the sky’s the limit,” says Priya.

By starting small, they are trying to gradually pick up the pace for their project. Now their team only consists of 40 people but they have plans to extend their project in the near future.

“Industry-specific due diligence is conducted for verification and approval of each recruiter is taken before onboarding the platform, as well as each project (with jobs/roles for TV serials, movies, events, pageants, etc) before being published by a recruiter,” says Priya.

She continued by saying that FTC Talent is going to be a very good idea for Indian people as they well are getting more exposure and their profile will be on display for different producers, directors, media houses, etc.

Their profile will contain different attributes focusing on them, such as talents, skills, physical appearance, photos, portfolio of different forms such as video, audio, picture, their interest, experience, personality, past projects, etc.

“In the next few years, the platform aims to create a pool of over 10 million online talent base and a 100,000 online recruiter base that can be leveraged to create fresh new content-proprietary to the platform, and identify and curate the future talents,” says Priya.

The application works on Artificial Intelligence that automatically finds jobs for candidates based on their portfolio.

FTC is also looking for investors that will invest in their project and they are expecting to get revenue generated from ads and sales in the future, but currently, they are following the subscription model with value-added fees. 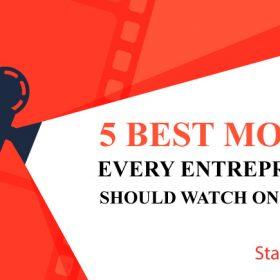 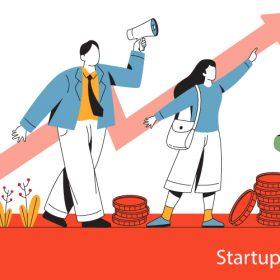