The World is planning for traveling to Mars but whereas Traveling in a car is still dream of common people in India. Moreover, a car in the Indian society is often seen as a status symbol and a prized possession as for most ‘it is a luxury more than a utility’.

But most of the Indian people can’t afford to buy a car to just enjoy the journey. So to solve this problem the Ashwarya Pratap Singh, Hemant Kumar Sah, Vasant Verma and Amit Sahu started the DriveZy in the Bangalore in the year 2015, previously it is known as Just Ride.

How Idea came to mind and how they did it??

Ashwarya Pratap Singh bought a new car, Ford Figo, after using some of the time it met with an accident and he used his car not more than one hour day, He spent a lot of money on the car from his salary.

so he thought many are facing the problem, in India only 12% people having the cars due to their low income, and he shared his idea of starting of the start-up with his college friends and they make it into the reality and they started the Just Ride in 2015. First, they started their services in the Bangalore.

The idea behind the start-up to give the self-drive cars to people who can’t afford of buying the cars. They started the business we were sold out almost all of the cars on the weekends. as the demand is increasing we can’t add new cars by buying or buying leasing it is very much costly. They had taken 250 cars on lease.

Just Ride is giving only self-driven cars to the customers the team came up with an idea of adding the bikes also to the platform that can give great business to them and helpful for the people, with the adding of the bikes to the model they changed their brand name to DriveZy in the year 2017, which is currently running successfully in the market.

The Drivezy is using the ideal cars and bikes of the owners and making them part of the company and earning when they are not using the bikes or cars. The individual owners and commercial vehicles also registering with the start-up to make the money in leaser times. Over 600 owners have partnered with the company to list 880 cars in five cities and 250 two-wheelers in the Bangalore.

How car owners can make money??

We can know who are taking our car and we can track them also. The car owners get 75% revenue and remaining 25% to the company. Ashwarya claims owners can earn close to Rs 30,000 per month.

The starting of the start-up is easy but the persons who can withstand with the problem they can only survive in the market.

Areas Where it is offered their services?

The company initially started their services in the Bangalore then started giving the best services to the Mumbai, Mysore, Pune, Goa, and Mangalore. Among all the cars the Drivezy is having only 10 percent of cars owned by them remaining all are taken by the lease.

The plans are made according to the customer choice, you can also customize your rental plan depending on whether you want to include fuel costs or and the number of hours you need the car.

There are some basic plans that mean we need to fulfill them to take car or bike for rent Minimum duration for car booking is 3 hrs for with fuel package and there is another for 12 hrs without fuel package. While coming to bike rental it is not having many options it is flat 12hrs.

Why Drivezy & how to book??

These are some important things due to which public is liking

The Drivezy is not only the self-drive rental company there are many startups in the country which are competing with Drivezy they are ZoomCar, VolerCars, Revv, SelfDrive.in, Drive Mate, Let we Drive with this huge competition also still they are doing good.

This idea is working due to we can decrease the pollution at least to some level by decreasing the purchase of cars/Bikes. The start-up currently giving services to 20000 customers in a month, even they are giving 20000 bookings still they are having the pending requests 2300 monthly an average.

The car rental market in India is believed to be growing at 22.9 percent annually. The team claims to make $950,000 in monthly GMV and $150,000 in monthly revenue. The start-up raised the $8.5 million approximately through the seed and pre-series a Funding that is from UK Company SCM Holdings.

Start-up planning to give the best offers to the public to use the Drivezy, Planning to add 50 Bikes, and 100 cars in the near future. We are planning to change the how the cars and bikes should be purchase sell and use the cars and selling the 1000 cars at a discount of $154,000-$230,000. 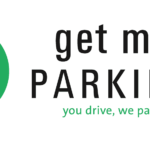