While 13,366 candidates qualified for the Written (Main) Examination which was held in October-November last year, only 2,568 candidates made it for the Personality Test conducted in February-April 2018.

The UPSC then recommended a total of 990 candidates, including 750 men and 240 women for appointment to Indian Administrative Service (IAS), Indian Foreign Service (IFS), and Indian Police Service (IPS)…

The UPSC result was declared on April 27. Thirteen men and eight women have made it to the UPSC top 25 lists.

The 28-year-old graduate from BITS Pilani secured the first rank in the UPSC exams. Anudeep Durishetty , a native of Chittapur village near Metpally town in Jagityal district of Telangana,, this was Anudeep’s fifth attempt at the civil services examination.

He Previously Worked as an Assistant Commissioner of Indian Revenue Service and started preparing for the exams in 2012, and managed to continue his job, along with studies.

Speaking to NDTV he said, “Since I had a regular job, I did not get much time to study during the weekdays. So I used to make the most of my weekends and study hard.” He has formally worked in Google as well.

She is a 31-year-old science graduate from Delhi University holds second position in the UPSC civil services exam, 2018.She is from Haryana State.

Anu Kumari is a Mother of four-year-old son, Anu Kumari has previously worked for almost a decade. She managed her household responsibilities and at the same time would allow 10-12 hours every day for her studies. Since there was no newspaper in her village, she referred to online content for her UPSC preparations.

In 2016, she gave her first attempt at the UPSC exams where she missed the cut by a single mark. This was her second attempt.

Speaking to ANI news agency she said, “I used to study for 10 to 12 hours each day. This is like a dream come true. This feeling has still not sunk in.” She adds that her first preference would be the Indian Administrative Services (IAS), where safety of women would be her primary concern.

He is from Haryana’s Sirsa district, Sachin Gupta secured the All India 3rd Rank in the Civil Services examination 2017. A graduate in Mechanical engineering from Thapar University, Patiala, Sachin was working at Maruti Suzuki in Gurugram with an annual salary of Rs 6.5 lakh from 2013 to 2015.

Upon his father’s Force, he gave his first attempt at UPSC exams in 2016 where he got an All India Rank of 575. However, Sachin wanted to improve his rank and hence he quit his job and went to Delhi and Bengaluru for better coaching and group studies.

Sachin says that he wants to join the Indian Administrative Services and will work to eradicate social evils. He is presently working as Assistant Director in the Ministry of Corporate Affairs. 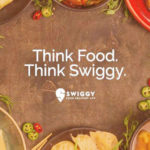